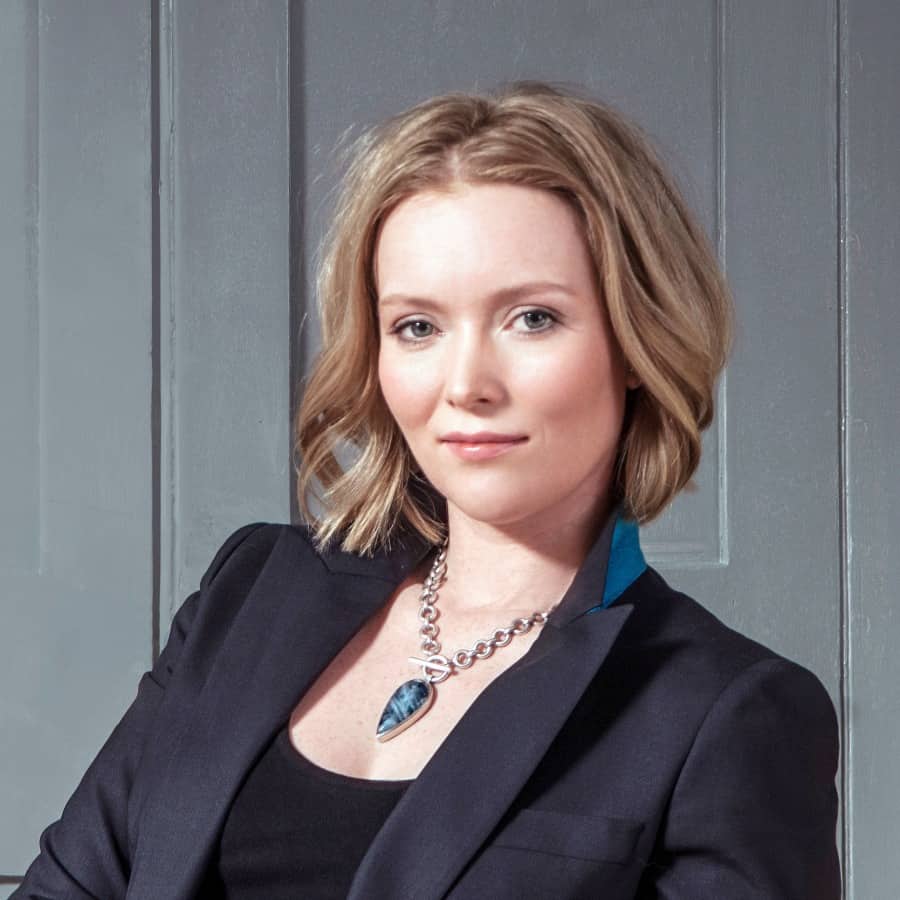 In Conversation with Caroline Goyder: London’s Most Sought After Public Speaking Coach

LW: Today’s guest is Caroline Goyder. She is one of London’s most prestigious public speaking coach has she served as professor of voice and speech for over a decade at the Royal Central School of speech and drama. She is authored three books; Gravitas, Star Qualities and Find Your Voice released in January 2020. Her 2014 tedx talk “the surprising secret to speaking with confidence” has been viewed over 8.3 million times. She is often making media appearances and has been featured in dozens of national magazines. It is an honor to have you here today. Welcome Caroline!

CG: Oh, it’s an honor to be here Lisa. Thank you for having me. Absolutely. You know, this is a special treat.

LW: So I want to know right away what types of clients seek you out typically or is there a typical?

CG: Gosh, well, yes, it’s funny. So tiny bit of backstory. I fell into this work because when I left University and arrived at drama school, they said you’re in your head and I had to get out of my head and into my body, which is something we can probably unpick more. I tend to work with people who have done very well in their lives because they’re good at the thinking stuff. And suddenly find that they have to communicate on a bigger scale and often that means getting the more into their body. So I am the classic teach what you need teacher, that’s me.

LW: As far as getting I want to touch on what you just said getting out of your head and into your body just because that’s something that in drama school I heard as well not just towards me but other people and I’m wondering if it’s the same has the same meaning in London as it does in California for us. It means anticipating of the next thought you’re about to express or being too much in your head thinking things through and that kind of thing. Is that what you meant by that?

CG: Yes, I mean, I think it covers a multitude of sins. It means that to me and I think it also means which I think you said actually that thing of working out the world through your brain solely when we can kind of get stuck in a story that we tell ourselves. Whereas when we are reading the world through our senses kind of feeling our way through the world actually often we get true of feedback and for me, I think It really means being tuned in to my senses my breath. My body are not just me working out the world through the narrow confines of my brain. So I think we are broadly on the same page on that.

LW: And so when you have a client that comes to you and maybe you know with this type of work. Are you teaching them breathing technique resonance articulation techniques?

CG: Yes, I mean I think like you because I know you’ve got an Alexander Technique background. I think it all starts with finding a sense of ease and presence and fluidity in the body and my belief with voices that when you find that a lot of the other things start to untangle, so I tend to start with you know, say this I’m learning. I’m always learning this myself to I feel like I’m a perpetual student. But I’m always unpicking with students in my classes how they hold themselves how they breathe and then how that feeds into how they voice themselves.

LW: When you have a client come to you and you start to spot that they have some false beliefs about themselves. They come in and they might say “I’m a bad speaker” or “I know I can never be good at this” or things like that. I consider that a false belief. I don’t know how you would articulate those things. But do you get those clients? And if so, do you address it?

CG: Oh, yes and belief is huge, isn’t it? So when someone tells me I hate public speaking. I’m a terrible speaker. What I would want to model is where in their life they do feel confident. So I had a lovely client who actually works in the management side of theater. I won’t name him or where he works. And he was getting very nervous about a big Public Presentation. And so we looked at where he feels himself and confident and he feels himself and confident with his team. So we modeled the breadth of those meetings and the presence of those meetings and then kind of transferred the file to these big public visible presentations. I think when someone models out their own success in their own life, and they transfer it. Often those beliefs start to dissolve because they’re locked in a past you that isn’t really true anymore.

LW: because my background is also in Psychology… I don’t go into psychoanalysis heavy psychoanalysis or therapy with a client. I absolutely don’t want to do that but I come through that lens a little bit when I see somebody is really struggling and I also do try to get them into their body anything else that you use or advice you would like to give somebody who’s listening right now who is feeling a little bit stuck because “I’ll never be the speaker my brother is or my father was” or “my boss is” or these kinds of false beliefs … any piece of advice you’d like to send out to our listeners in this area?

CG: I would say to you that it is very habitual that you know, the patterns that we have around speaking are just learned behaviors. And if you want to learn to speak, well really the first thing to do is a bit Alexander in a way in that Alexander noticed that he had a pattern that wasn’t serving him and started to unpack it. I’d say to you if you can bear it get yourself on camera. Record your voice and with a really generous supportive spirit as if you were listening to a friend speaking. Give yourself a few things that you want to celebrate and then start to think what do I want to refine and often? It’s things like I’m speaking too fast or I’m saying I’m or my voice isn’t rich enough. And just start with the things that you can practice yourself and then seek out someone like Lisa seek out a drama school seek out an online course because there’s so much good stuff online now and start to unpick the habits that maybe you can’t unpick on your own and if you do that over a period of about, you know, six months to a year. It’s amazing how your voice your speech can change and I’m always really keen to say to people you can be your own coach.

Public Speaking: a step by step program to get you started!